It is said that the hair is the crowning glory of a woman, but when movie producers  and directors come knocking at the door of star actresses with an offer to portray a mourning traditional African widow, the role requires that they shave off their hair. Well, here’s a list of actresses who aren’t afraid of committing themselves to their role and showing fans that they’re willing to go all the way in the name of their craft.

Mercy Johnson in Heart of a Widow

Nollywood star actress, Mercy Johnson is a delight to watch any day on screen. For her craft, and expression of professionalism, she went bald two years ago, while featuring in a movie,

“ Heart of a Widow”shot in Enugu.

According to reports, Mercy was paid handsomely to shave  her hair. Mercy  however did not disappoint the producers of the movie, Magic Movies Limited  who did everything possible to get her on the set. While the movie was yet to hit the screens then, Mercy’s fans were already visiting the shelves  and cinema centres to see the movie. 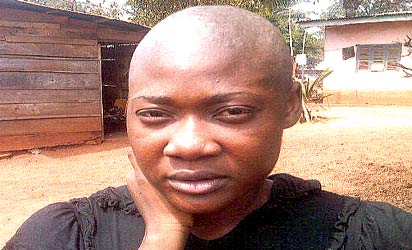 Not only has she re-defined what it means to be a widow through the movie,  she proved to be one of those A-list actresses who aren’t afraid to display professionalism in any movie role given to them. Naturally, while she was on set, she looked pale, dejected and abused. Yet, it was a make-believe world.

Uche Jombo lost so much weight when she went bald in Holding Hope, a movie she produced with Emem Isong last year. She played  the role of a cancer ill mother. And for her to be able to fit into this role, the actress went on a diet, lost so much weight that tongues started wagging on whether she aborted a six month old pregnancy. Then, Uche was a shadow of her old self, as she was made to shave off all her hair to look the role, looking miserable and dejected. It however, took her some months to regain her weight as well as silence her critics.

Actress Nuella Njubigbo last year released pictures of her new look online. In the pictures, Nuella was  relieved of her lush hair, a requirement for the lead role she played in a movie.

It was gathered then that she was paid handsomely for the role. Her bravery in shaving off her hair for a movie role pitched her with notable Nollywood actresses who have done that at one time or the other.  Still in her early days in the industry, Nuella is one of the fastest rising actresses in Nollywood.

Her fans are of the opinion that Nuella ought to have gotten an enviable attention given the new flick, but unfortunately, the movie is yet to hit the big screen. Nonetheless, Nuella continues to impress her fans all over the world with her unconstrained style of acting and versatility that has endeared her to the hearts of many movie lovers.

Ordinarily, sexy actress, Oge Okoye wouldn’t agree to subject herself to torture or shave  off her hair for any price. But as a thespian, she is, she did it two years ago, when she dared to go bald in movie role which required the bald effect to portray the character of a widow. 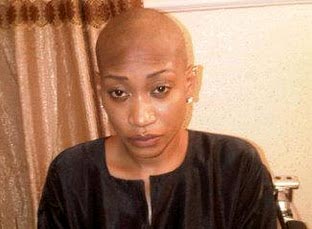 It was  however rumoured  then that the offer was too good for the actress to refuse. And like Mercy Johnson and Stella Damasus, she displayed her craft, and  shocked her fans when she shaved off  her hair to star in the movie. Unfortunately, not many people have seen  the movie but  those who were privileged to see it said it made a big splash when it was released in 2011.

Adaora Ukoh in ‘Thy Kingdom Come’

Top actress Adaora Ukoh  is still living with the reality of having to shave off her hair in a movie titled “Thy Kingdom Come”.

Adaora who starred alongside Sam Dede, Mike Ezuruonye, Kenneth Okokwo, and other actors was bald in almost half of the movie. She played the role of a woman who became a widow and  was made to shave her hair as demanded by tradition. Squealers said, Adaora was paid N2 million to play the role.

Interesting, the actress who still carries low cut till date exudes beauty. Some of her fans confess how much they love her bald look.