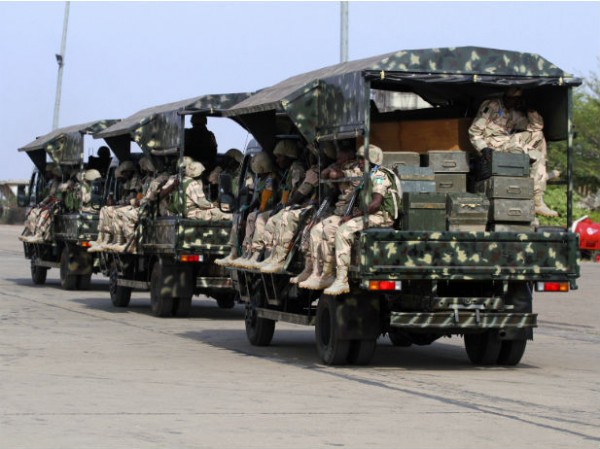 Additional troops have been deployed to Mali under the auspices of the African-led International Support Mission to Mali (AFISMA), the Defence Headquarters said yesterday.

“As at present the Defence Headquarters has deployed a total of 724 troops, made up of 300 Nigerian Air Force personnel and 424 Nigerian Army personnel. Also deployed are heavy weapons, ammunitions, vehicles and equipment. The Nigerian Air Force assets in the operation include two Alpha jets and one MI35 which will provide interdiction and close air support to ground troops; they are based in Niamey, Niger Republic. We will continue to provide you with updates as event unfolds,” he said.

In a related development, the Headquarters of the Nigerian contingent in AFISMA was last week visited by some community leaders in Mali.

“The first visit was on the February 7 by the Civil Administrator and Governor of Koulukoro, Mali, Mr Allayey Tessouguend accompanied by Mayor of Banamba, Mr Boubakar Bagayoko with some Malian senior military officers. On the February 11, the contingent was also visited by the Mayor of Touba town, Mallam Amara Nega Sylla who was accompanied by the Sub-Prefect of Touba town, Mr Abdulahi Dicko and the Mayor of Banamba, Boubakar Bagayoko along with several Malian military and gendarmerie officers.

“To underscore their appreciation and in the spirit of hospitality which the Malian people are known for, the community leaders donated cows and some food items during their visits,” he said.