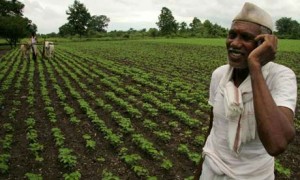 An expert has revealed that Nigeria can hardly reduce poverty through agriculture in the face of drastic climate change, resulting in decrease in rainfall, flooding and extreme temperatures, leaving rural dwellers, who are mostly farmers, vulnerable.

The expert, Dr Andrew Onwuemele, of the Nigerian Institute of Social and Economic Research (NISER), made this known on Tuesday, at the conference hall of the University of Ibadan, while delivering a NISER monthly lecture entitled ‘Rural poverty reduction under a changing climate: Is agriculture still the key in Nigeria?.

According to him, agriculture in Nigeria was highly dependent on climatic parameters such as rainfall, and due to poor infrastructure and lack of technology, the industry therefore becomes vulnerable. His words: “Between 1941 and 2000, annual rainfall decreased by 2-8mm across most parts of the country, but decreased by 2-4mm in a few places like Port Harcourt. There was evidence of longterm temperature increase in most parts of the country. The main exception was in the Jos area, where a slight cooling was recorded.

Admitting that agriculture has a major role in rural poverty reduction due to large number of the rural poor engaged in it, he suggested that the government should “reduce climate agricultural shocks, share and utilise climate change information among stakeholders, adapt climate sensitive agricultural systems and address other constraints to agricultural productivity in Nigeria.”