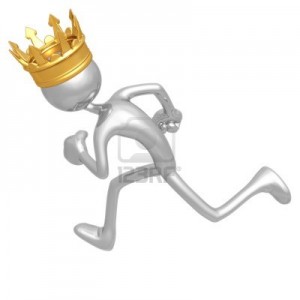 Angry youths in Emure Ekiti, Ekiti State yesterday, made the traditional ruler of the town, Oba Emmanuel Adebowale Adebayo leave his palace as they were going to mob him over alleged strange and unprecedented deaths in the community lately.

The youths who stormed the palace of the first class traditional ruler, yesterday morning, had sought audience with the monarch to discuss what could be the way of stopping the strange deaths of youths, with about 12 youths dead in the last two weeks.

Sources say after the youths waited for a while and it became apparent that no positive response was coming from the former police commissioner, they lost their temper and found their way into the palace.

The aggrieved youths were said to have pelted the monarch with sachet waters, and made bonfire along the roads linking the palace.

Eyewitnesses say the few chiefs who were at the palace during the incident removed their beads and run out of the palace.

It didn’t end at the palace, as the youths marched through major streets in the town and ended their march at the main market, a development that disrupted the socio-economic life of the community throughout the period of the protest.

Chairman of Emure Local Government Area, Mr Adewale Febisola, while confirming the incident, appealed to the aggrieved youths to give peace a chance, assuring that the traditional council in the area would meet and proffer solution to the problem.

The Public Relations Officer of Ekiti State Police Command, Mr Victor Olu Babayemi also confirmed the incident, saying police are on the top of the situation.

Babayemi said it was the effort of the policemen drafted to the palace that prevented the youths from the further attack on the monarch and the palace.

The traditional ruler, Oba Adebayo was said to have relocated to his private residence within the community [VN]