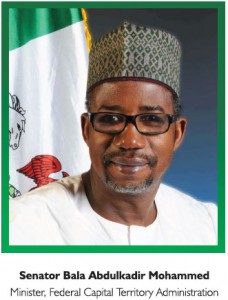 Political parties and civil rights groups have condemned the Federal Capital Territory Administration (FCTA) for budgeting N4bn for the construction of First Ladies’ Mission House in Abuja. They said that the N4bn budget was a demonstration of the Goodluck Jonathan administration’s penchant for profligacy.

The N4bn proposal was contained in the FCT’s N253bn budget for the 2013 fiscal year currently before the National Assembly.

The all Nigeria Peoples Party (ANPP), in a statement signed by its National Publicity Secretary, Chief Emma Eneukwu, in Abuja, on Sunday, described the budgetary provision as illegal, corrupt, and unpatriotic. It said since the Federal Government had earlier declared the mission as a non-governmental organisation, it would be inappropriate for the same government to spend public funds on it.

The statement reads, “Our party believes that the matter is a non-issue as the budget for the complex is inherently illegal and should not waste the time of the distinguished senators in their work… The fact on ground is that the Federal Government has already declared that the African First Ladies Peace Mission is a non-governmental organisation and could not be funded with the taxpayers’ money.

The party added, “For the avoidance of doubt, we wish to remind Nigerians that in July 2012, the Presidency, while refuting reports that the Federal Government had purchased 200 new exotic cars for the African First Ladies Summit in Abuja, affirmed that AFLPM, which was holding its summit in Abuja, is an NGO and its activities are funded by stakeholders and members of the private sector who support and identify with its objectives.”