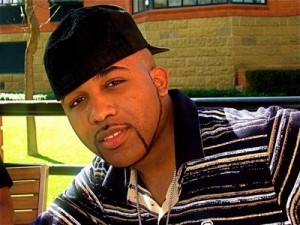 Banky W might not have been doing much in the Nigerian music scene for himself lately, but the reason is not far-fetched; Mr Capable had been working on pulling up members of his crew – of course, he’s made a name for himself whether he continues singing or not.

Banky Wellington is a fulfilled man today – his crew is doing great, and he’s made a superstar already in Wiz kid who we can say has now risen to international prominence. Mr Banky’s work is done, and so he rekindled his solo career some months ago with two singles “Yes/No” and “Good good loving”. Banky is still working very hard in the studio to ensure lovers get a special treat this Valentine, with the release of a R&B album.

Banky W revealed on Twitter; “in the studio with the incredible Masterkraft, finishing the R&B album, drops on Valentine’s Day” on Monday.

The album was supposed to have been released last year November, but Banky got what he asked for for his crew, as E.M.E. had so much to do during the Yuletide. The planned album release was postponed indefinitely, but Banky on Monday revealed the release date.