Home Metro News CAN has confirmed the Catholic Church’s allegation that it is an arm...
Facebook
Twitter
WhatsApp 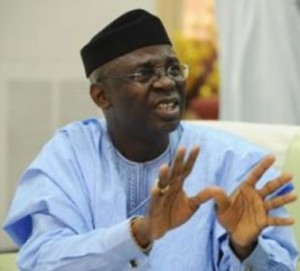 Latter Rain Assembly pastor, Tunde Bakare, has again lashed out at the leadership of the Christian Association of Nigeria (CAN), saying the body has become nothing more than a political appendage of the government.

Pastor Bakare, who was speaking during the Sunday service in his church at Ogba area of Lagos State, questioned the moral judgment the leadership of CAN had to criticise and call the ex-Federal Capital Territory (FCT) Minister, Mallam Nassir el-Rufai, a “bigot” over recent statements which, he claimed, did not originate from the former minister.

“It is rather unfortunate that CAN has chosen to confirm its description by the Catholic Church as an arm of the government in power, by fanning the propaganda of agents of the administration that el-Rufai is a bigot for a statement that did not originate from him and whose meaning should be clear to non-mischievous persons,” Pastor Bakare said.

“This is nothing but feeding on mass neurosis and widening the gap between people of different faiths in the country. Is CAN saying the gentleman, who wrote the offending statement and happens to be a Christian is a bigot?” he queried.