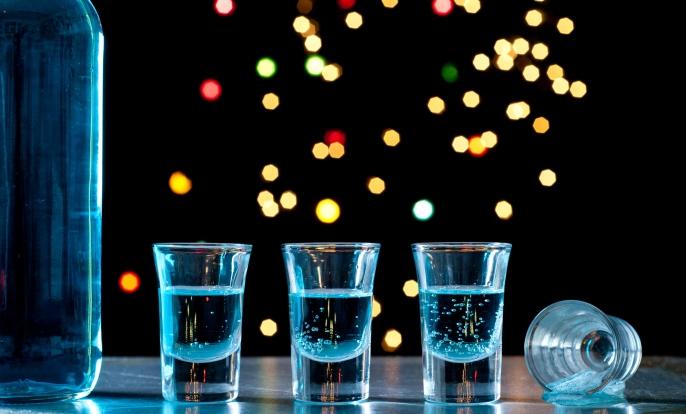 The names, though funny and unusual for consumables, seem to be a subtle warning of sorts for consumers, probably a form of admonition for, ‘pause before you drink.’

Despite these labels, however, people — especially young adults — consume energy drinks in tonnes, sometimes as a pastime and, often, as the spirit of the party. It is a vogue these days in major cities for guests at social gatherings to be entertained with energy drinks, which are almost always mixed with alcoholic drinks. Yet, a new report warns that energy drinks pose potential hazards to teenagers, especially when mixed with alcohol. The report, published in the February issue of the journal, Pediatrics in Review, summarises existing research and concludes that the caffeine-laden beverages can cause rapid heartbeat, high blood pressure, obesity and other medical problems in teens.

And when combined with alcohol, the potential harms can be severe, the authors note. The review lead author and Adolescent Medicine Specialist at the Naval Medical Centre in Portsmouth, Viginia, USA, Dr. Kwabena Blankson, warns, “These drinks can be dangerous for teens. They contain too much caffeine and other additives that we don’t know enough about.” He advises that healthy eating, exercise and adequate sleep are better ways to get energy. A survey by HealthDay News, an online portal, suggests that “as many as half of young people consume these unregulated beverages, often in search of a hefty dose of caffeine to help them wake up, stay awake or get a buzz.”

The report further indicates, “16-ounce cans of Red Bull, Monster Energy Assault and Rockstar hold about 160 mg of caffeine, while a much smaller container of the drink Cocaine delivers 280 mg in just 8.4 ounces. By contrast, a typical cup of coffee packs a caffeine punch of about 100 mg.” Blankson warns that too much caffeine “can have troubling side effects, and more than 100 milligrams of caffeine a day is considered unhealthy for teenagers.” Worse still, the researchers note, many of these energy drinks contain additives such as sugar, ginseng and guarana, all of which enhance the effects of caffeine. “We don’t know what these additives do to the body after periods of extended use,” Blankson says.

According to a United States-based organisation, The Substance Abuse and Mental Health Services Administration, hospital visits related to energy drinks doubled to almost 21,000, between 2007 and 2011; and about 42 per cent of cases included drug or alcohol use. The report, as published in Pediatrics in Review, claims that one unnamed 23.5-ounce alcoholic energy drink contains alcohol equivalent to a six-pack of beer and the caffeine of five cups of coffee! The American Beverage Association, which counts energy drink companies among its members, says it has issued a recommendation to all energy drink companies to state on the label exactly how much caffeine is contained in each drink.

The snag is: The average energy drink container has no such information. In any case, ABA warns that the beverage is not recommended for children, pregnant or nursing women and people who are sensitive to caffeine. A toxicologist at the University of Southern California, Dr. Sean Patrick Nordt, says though energy drinks appear to be “relatively safe,” especially if someone only drinks one or two, “they are potentially dangerous to some people and should be viewed more like medication than beverages.” In particular, he says, they should not be combined with alcohol, illegal drugs or any drugs at all.

Professor of Human Nutrition at Ambrose Alli University, Ekpoma, Edo State, Prof. Ignatius Onimawo, however, says energy drinks are still an emerging topic of research, and that they are not supposed to be harmful. He agrees that a can of the beverage contains more caffeine than three cups of coffee and therefore has the tendency to suppress the ability to sleep. As such, he says, children and youths are not supposed to take them. He notes that alcohol has a drowsy effect, while energy drinks have alert effects. “When combined, therefore, they work at cross-purposes, to the detriment of the consumer.”