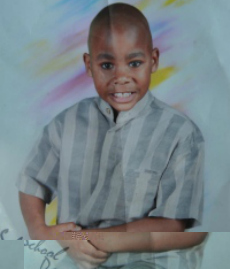 Cancer stricken mom Tenika Revell, 40, killedher son in their Bedford-Stuyvesant apartment, in Brooklyn, New York,, by beating him with a hammer and choking him with her bare hands.

After her son was dead, she tried to kill herself by overdosing on pills.

“She loved him so much she didn’t want anybody else to raise him,” said her boyfriend Terrace Johnson.

“Revell took medication for anger issues, but her mental health rapidly declined after she was pregnant with her child last year and then having to abort the pregnancy because of her spreading cancer,” Johnson said.

Revell is an ex-con with a long rap sheet. She was convicted of attempted robbery, and she did two stints in prison.

The mother was charged with second-degree murder, manslaughter and endangering the welfare of a child, but she was declared unfit to stand trial.

For now, she will remain at the psych ward in Elmhurst Hospital Center, where she will continue to be treated.