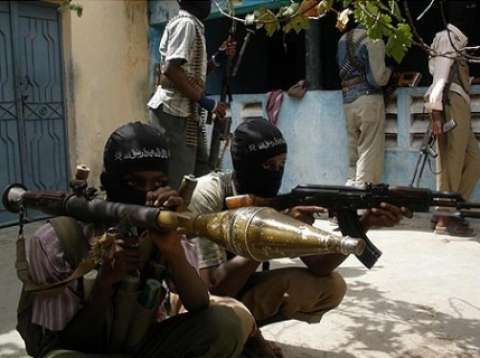 A splinter group of the Islamic Boko Haram group, led by Sheikh Abdulaziz Ibn Adam on Saturday insisted that it was ready to dialogue with government to the group’s current bloody campaign.

Ibn Adam made the announcement at a news conference in Maiduguri.

He said that the group had come to realise that it could not achieve its aim through violence.

“You will recall that we announced a cease fire last month as a precondition for talks with government. But sadly after a few days of respite, violent began again in the country,” he said.

Ibn Adam said that the group was not responsible for the renewed violence in some parts of Borno.

“Those currently engaged in this violence are not our people because our people are obedient to their leaders. Since the leadership has asked them to cease fire, they won’t continue with violence,” he said.

Ibn Adam said that the group would go after those who still engaged in violent campaign since they had been warned severally.

He said that the leader of the sect Sheikh Abubabak Shekau was behind the cease fire agreement and hence all members must abide or face sanctions. (NAN)