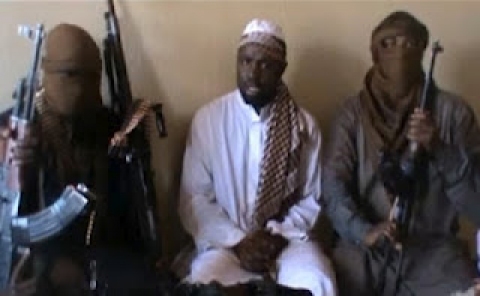 The Jama’atu Ahlis Sunna Lidda’awati wal-Jihad, popularly called Boko Haram, which has been responsible for unleashing terror on the land and killing innocent Nigerians and foreigners alike, has asked the federal and Borno State governments to compensate its leadership, members and families of its dead members, as a major condition to sustain the one-week-old ceasefire it announced last Monday.

Information Nigeria learnt that the sect’s demand for monetary compensation, which will reportedly cost both the federal and Borno State governments a minimum of N26 billion, has already been acceded to by the Borno State government, which has been most affected by the activities of the Islamist sect.

The amount, it was gathered, could be higher or even lower depending on the total number of the sect members that have been extra-judicially killed by government security forces. According to a highly placed source, “the money being demanded by the sect leaders, they claim they will use it to compensate themselves, their members for all their losses, especially their houses, cars and businesses that have been destroyed by government.

“They also said they need the money to take care of the families of their members that had been killed by soldiers. So, the figure for now can’t be less that N26 billion, but could be far more depending on the number of the sect members the government agreed its security agencies had killed so far. The figure can only be less if some government brings in some negotiation tricks.”

It was also learnt that the same demand had earlier been made by the sect about six months ago but was not well received by the Federal Government; a development which led to an increased wave of violence and terror.

As part of the new negotiation process, Information Nigeria gathered that the Borno state government has agreed to pay the sect part of the money with other states also under the grip of the sect’s terrorist activities, including the Federal Government, expected to contribute the balance.

Sources within the presidency and Borno state government agree that a negotiation is in place to settle the sect financially, however, they would not agree to state the amount involved citing security concerns as excuse.