Friday the 8th of February, 2013 was a grim day for the Ighile family, the management and staff of Channels Television, sports journalists, sports authorities and indeed the nation.

It was the day that Channels TV Sports Editor, Joseph Ighile died. 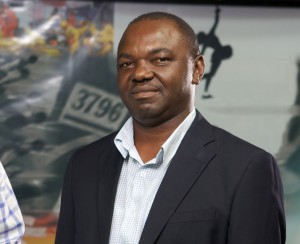 Mr Ighile only just returned from South Africa where he had been covering the on-going 2013 Africa Cup of Nations (AFCON).

Joe’s sojourn in the media dates back to the early 90’s at the Edo Broadcasting Service (EBS) where he was involved in youth programmes.

He joined Channels Television in 2003 as a reporter/producer and before his death was the head of the sports desk.

A multiple award winner and member of the Nigeria Football Federation (NFF) media and publicity committee as well as the Sports Writers Association of Nigeria (SWAN), the late Ighile is survived by his wife, Ngozi, and two children; Favour and Mercy.

Joe’s infectious smile, his dedication to work, solid human relations and a positive disposition to life will remain indelible in our hearts and minds.

Burial arrangements will be announced by his family.

May his gentle soul rest in peace.