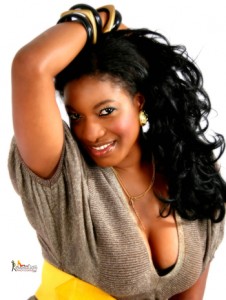 Most people especially her fans and probably colleagues didn’t learn of Nollywood actress Chika Ike’s turbulent marriage until recently when allegations ranging from infidelity to physical assaults filtered into the air.

While the talented actress who tied the knot in 2006 in a lavish ceremony attended by her colleagues and the creme de la creme of the society is working on her divorce, she rues getting married at a young age.
‘Some people get married that young and have been able to make their marriages work. But if you’re young, you are young. There are some things you have not experienced. You might not be able to stay calm when you are supposed to stay calm, understand when you are supposed to understand or leave what you are supposed to leave. Also, I think these days, a lot of people are not happy in their Marriages.
I have a lot of friends who would have left their marriages but because of the African society, their in-laws, what people will say or other factors, they stay. We’ve heard a lot of deaths caused by bad marriages and before the death, there would have been signs, things would have been happening leading up to that. I think it has to do with age and so many other things like compatibility and not being true to yourself in the marriage. Everybody has a limit. There are some things in marriage that you might not be able to stand. Some people’s limit might not be my limit. My limit might be somebody’s starting point.’ pretty Chika Ike revealed.