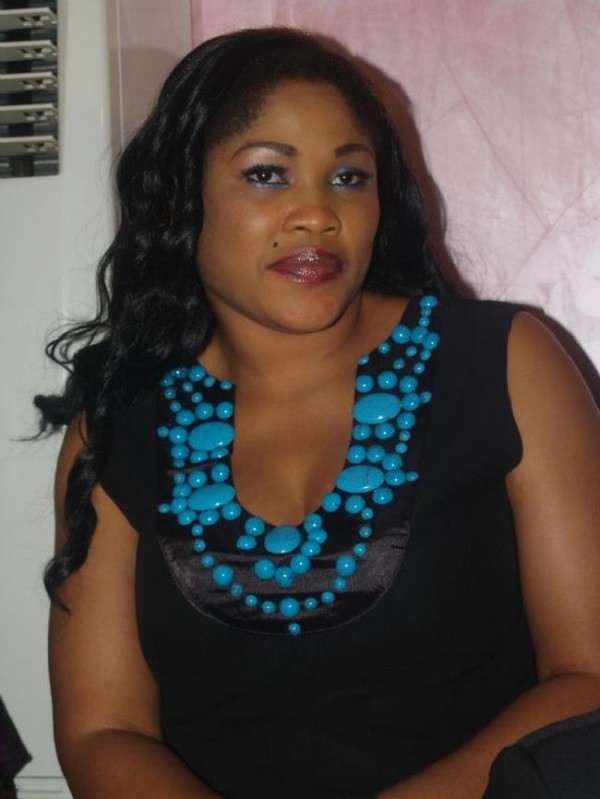 Most people will not forget Bisi Ibidapo-Obe in a hurry – not because she is a popular face in Yoruba home videos, but because of her pregnancy scandal that involved a former House of Reps member, Dino Melaye.

In this interview culled from PUNCH newspapers, the fair-skinned actress speaks about motherhood and insists the former lawmaker is the father of her daughter, Oluwajomiloju Dino-Melaye.

“It is exciting! It is an experience I pray every woman goes through. Luckily for me, I had my parents and family members who stood by me when I was pregnant. Also, I had my friends who supported me despite what went around in the media about who impregnated me. God was with me. In fact, I had a wonderful time and never suffered any illness. I was strong and still going about my other businesses. Everyone stood by me and there was no time to go into depression.

Bisi also denies rumours she was evicted from her home and maintains that she is as “comfortable as ever.”

On life as a mother, she says, “I am savouring all that motherhood has brought my way.”

Bisi goes further to express disappointment that her pregnancy generated a lot of controversy as the man she claims was responsible, denied paternity. She was however full of appreciation to her fiancé who she said “stood by me when my daughter’s father rejected me.”

Right now, Bisi says, “I am not bothered about any issue now. I just pray that the joy God has given me will live forever! Indeed, I am fulfilled as a woman.”