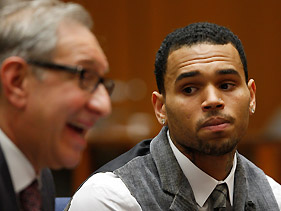 Fans of Chris Brown may want to feel bad for him now…or start praying he shouldn’t fall into the grave he keeps digging. Come on man! You used to be a gentleman.

Remember his alleged brawl with Frank Ocean, where he was said to have thrown the first punch? You know about his controversial relationship with Rihanna-the assault and what not, right?

Now, he’s committed one of the gravest of sins – well to my mum actually- Chris Brown lied!

According to TMZ, the L.A. County District Attorney has filed legal claims against the “F.A.M.E.” singer — who was dealt 180 days of community service and probation for the 2008 Grammy assault case — for clocking in fake hours.

Chief of Police in Richmond Bryan T. Norwood wrote a letter to the judge dated Sept. 14, claiming Brown had successfully completed 202 days. He reportedly did work at the Child’s Center, where Brown’s mom was once a director, performing odd jobs such as painting, washing windows, waxing floors, cutting grass and picking up trash.

However, legal documents show that the Richmond P.D. only monitored 9 or 10 cases without supervision for other cases at the Center and that the hours were submitted by his mom.

Even Chris’ lawyer Mark Geragos was entangled in the alleged fraud, instructing the lawyer for the Richmond P.D. on how to handle D.A. investigators’ questions about Chris’ community service. Chris and the Chief of Police reportedly had a prior relationship. 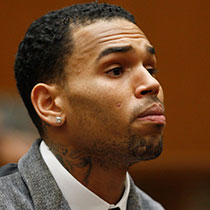 Sources say they found no “credible, competent or verifiable evidence” that Brown did the 180 days community service, especially since he was overseas, performing.

To make matters worse, the D.A. is also saying there are other possible probation violations, including:

— The Frank Ocean fight at the recording studio

— Failing to obtain a travel permit

— Allegedly grabbing and throwing a fan’s phone in Miami

— Throwing a chair through a window at “Good Morning America”

I’m off your case, Chris. You already said no one should judge you, and true we shouldn’t. It’s the D.A.’s case now.