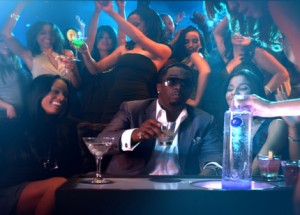 It was Ciroc for everybody last week when Diddy, who Forbes named the richest hip-hop guy on the planet, bought every table at the newly re-opened Marquee nightclub in New York City a bottle of Ciroc vodka.

The New York Post reports that on Wednesday night the “All About the Benjamins” rapper got on the mike after hugging the evening’s DJ, DJ Vice, to announce “Diddy is back. New York is back. Marquee is back.” He also tweeted from the event, “CIRoC take OVER #NYC @djvice @marquis….WE HERE!!! Let’s go!!!!”

Diddy took the struggling vodka brand from 400K cases per year to 2.1M cases per year, after signing on in 2007. No word yet if “Diddy is back” means the hip-hop don is coming back with a new album. His last was 2010’s Diddy- Dirty Money collaboration Last Train to Paris. [Vibe]