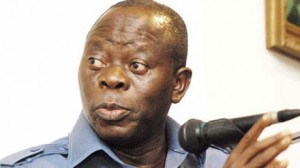 The Permanent Secretary, who stated this at the inauguration of the state Technical Committee on Environmental Sanitation in Benin on Wednesday, said the state would no longer tolerate shoddy handling of environmental matters.

According to him, “We are working on the introduction of mobile courts to address issues of environmental sanitation offences, where offenders will be tried in accordance with the law… The magistrate will be in the mobile court, we will move from street to street. We look forward to bringing environmental standard in the state to an acceptable level comparable with what is obtainable in other parts of the world. We want to see the cities neat and I promise all that it is not going to be business as usual.

“My advice is to encourage all to work as a team, build the structure of enforcement and address illegality associated with enforcement… No enforcement team will be allowed in any local government area without the supervision of the technical committee, to avoid cases of extortion and other untoward acts… For environmental sanitation, its either you are part of the team or outside of it. If you’re not part of the technical committee, you cannot enforce.”