The 55TH recently held Grammy Awards which honoured a galaxy of entertainers might have come and gone but the memoirs will linger for a while.

Usually, the event had a wide range of celebrities within and outside the United States of America, no doubt, it was said to have recorded unprecedented success judging frills this year had.

Part of those who celebrate the glorious award events in the history of entertainment globally is Nigeria. Almost half a decade, the likes of Keke Ogungbe and Dayo Adeneye with their Kennies Music crew often storm the States to cover the event for the viewing audience in Nigeria.

But, the question that may take a decade to answer is, have the organizers of the event ever given any reservation for Nigerian contingents aside those previously nominated? What brings this subject up is the likes of Goldie and Richard Mofe-Damijo who claimed to be live at this year’s Grammy yet they could not see the four wall of the auditorium.

A source said, “Trust Nigerians, if they have the invite before hand, they would have posted it on twitter of facebook that they are invited. Even Kennies who often record the event annually has never shown the auditorium but those at the red carpet which is of course for every dick and harry preferably you’re recognized as an entertainment partisan.”

Who do we believe now? Goldie who took a picture in the street of where the event was held or RMD whose picture was taken in front of a scroll banner? Nigerians won’t stop to amaze me with their comic instinct! 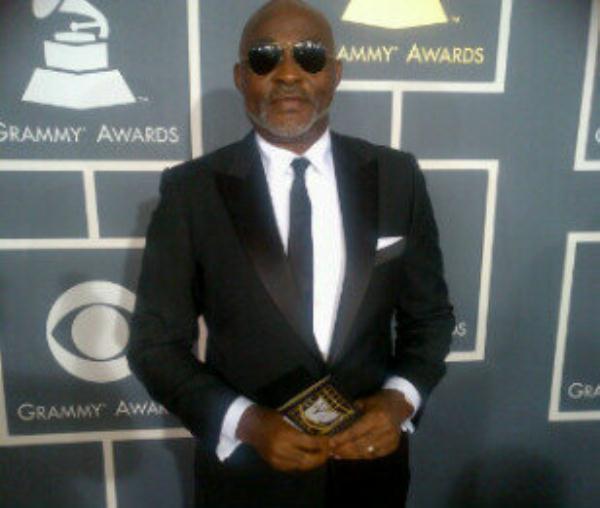