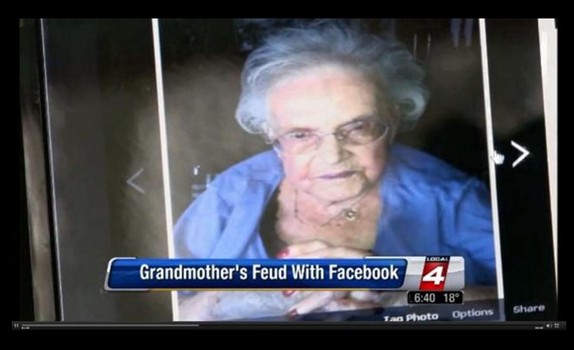 Marguerite Joseph, the 104-year-old woman who had to lie about her age on Facebook might be old but not too old to shake up Facebook’s powerful CEO Mark Zuckerberg. Will Mark Zuckerberg succeed in allowing Facebook users to “Search for people, places and things” without any age limit or will Marguerite Joseph have to continue to lie about her age and stay the forever 99-year-old Facebook user? The heat is on.

As of Wednesday, Feb. 20, 2013, neither Facebook officials nor Mark Zuckerberg have been able to meet the 104-year-old woman’s challenge according to a Feb. 20, 2013, Daily News report.

“Facebook keeps Joseph young by allowing the senior, who is hard of hearing and legally blind, to share with the world, her granddaughter said. Her granddaughter tried to contact Facebook CEO Mark Zuckerberg about the problem to no avail.”

The granddaughter of the 104-year-old woman who had “to lie” about her age on Facebook is Gail Marlow. Three years ago, Gail tried to set up a profile for her then 101 year-old-grandmother but Facebook’s profile settings did not go back as far as 1908, the true birth year of Marguerite Joseph.

“Every time I tried to change the settings to the right year, Facebook always came back with an unknown error message and would send us right back to a year she wasn’t born in,” said Gail about her struggle.

“I would love to see her real age on Facebook. I mean in April she’s going to be 105. It’s special.”

Even though Marguerite Joseph has grown older during the past three years, her age on Facebook has stayed at 99. The now 104-year-old woman from Gross Pointe Shores, Mich., loves using Facebook and keeping up with the lives of her grandchildren and friends. She has 109 Facebook friends and 84 posted pictures.

Despite being legally blind and hard of hearing, Marguerite reads and responds to all her messages. Gail says about her grandmother’s experience with Facebook, other than the feud over her age, that

“Regardless of the glitch, Marlow says that participating in social media makes her grandmother, who is legally blind and hard of hearing, feel young again.”

On behalf of her grandmother, Gail Marlow contacted Mark Zuckerberg, “but he never responded.”

If the case Zuckerberg versus 104-year-old woman who has to lie about her age on Facebook remains unsolved by the time that Marguerite Joseph turns 105, Facebook should at least rephrase their Search feature description to “Search for people, places and things — under the age of 100.”