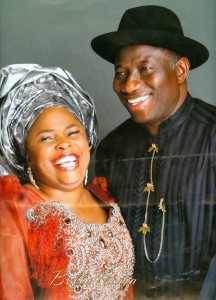 Opposition party, the Action Congress of has criticised the Presidency over its handling of the illness of the First Lady, Dame Patience Jonathan.

In a statement by its National Publicity Secretary, Alhaji Lai Mohammed, the ACN said the Presidency had lost its credibility. The party said revelations by the President’s wife elicited joy among Nigerians, irrespective of their political leanings. It will be recalled that the First Lady had, during a thanksgiving service at the Presidential Vila on Sunday, said she was dead for a week, but she was miraculously brought back to life.

Therefore, berating the Presidency, the ACN said Nigerians must be wondering why the “government they elected into office chose to lie to them that the First Lady was holidaying abroad, when indeed she was gravely ill in a foreign hospital”.

It said, “While we felicitate with the First Lady of the Federal Republic of Nigeria on her recovery from whatever illness it was that afflicted her, we will be remiss if we fail to recollect how the Presidency denied ‘rumours’ of the First Lady illness and poured scorn on the media and the imaginary enemies of the government for fuelling the ‘satanic rumours’… We will also like to remind the Presidency that its denial, instead of full disclosure that would have elicited nothing more than fervent prayers from Nigerians, fuelled the rumours that the First Lady suffered from sundry afflictions or the consequences of tummy tuck!’’

According to the ACN, in one of the many rebuttals, the First Lady’s spokesperson, Ayo Osinlu, was quoted to have said she (Mrs. Jonathan) travelled abroad to take a “moment’s rest”. Osinlu had said she had not taken a rest since President Goodluck Jonathan’s election. ACN also recalled that the Special Adviser to the President on Media and Publicity, Dr. Reuben Abati, dismissed Mrs. Jonathan’s reported illness as a rumour, saying, “There is nothing like that.’’