Frank Ocean was recently announced a late addition for performance at the 2013 Grammy where he will come face to face with Chris Brown after their recording studio altercation, as they are both nominees for the for the Best Urban Contemporary Album award.

The Grammy nominated R&B singer yesterday released a blurb on his tumblr page, shedding his perspective on the altercation between him and Chris Brown earlier in the week.

Brown, Ocean and their respective entourages reportedly got into a scuffle at a LA recording studio last Sunday night; with rumours making rounds that Ocean would be pressing charges after Brown reportedly socked him. A photo of Brown with his hand wrapped in a cast surfaced soon after.

Brown was reportedly eager to tell his side of the story to cops. He apparently tried to extend a handshake not a punch. It doesn’t appear that will be necessary given the words Ocean recently released on the subject.

“As a child I thought if someone jumped me it would result in me murdering or mutilating a man. But as a man I am not a killer. I’m an artist and a modern person. I’ll choose sanity. No criminal charges. No civil lawsuit. Forgiveness, albeit difficult, is wisdom. Peace, albeit trite, is what I want in my short life. Peace.” 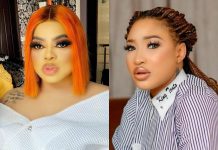