Home Metro News God will give you wisdom to handle the responsibility that comes with...
Facebook
Twitter
WhatsApp 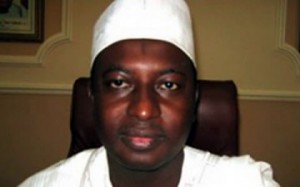 President Goodluck Jonathan has told Governor Ramalan Yero of Kaduna State that ruling the state goes beyond making food available to the people. He said Yero had a huge responsibility of governing a state, which serves as a focal point for the politics of northern Nigeria.

The president said this when the governor led a delegation from the state to pay him a condolence and solidarity visit at the Presidential Villa, Abuja. Yero had become the governor of the state following a helicopter crash that claimed the life of his erstwhile boss, Patrick Yakowa, in Bayelsa State last December.

President Jonathan told the governor that to succeed in his new assignment; he needed the support of all stakeholders in the state: “Kaduna State is a very important state. Kaduna State is the fulcrum of northern politics and it is where everything revolves round… Governing Kaduna State is really carrying a lot of responsibilities because your duty is beyond making food available on the tables of Kaduna people, but you have the duty to even stabilise the politics of northern Nigeria especially.

“This is because Kaduna State is where most things happen. So you have a big responsibility and God will give you the wisdom to handle it… Luckily, the Speaker, the Deputy Speaker and other members of the State House of Assembly are here with you. By working together with them and other leaders, you will surely succeed.”