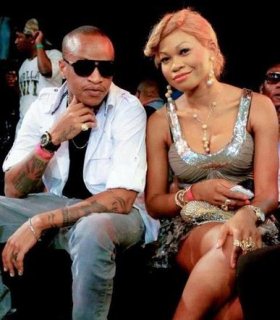 Goldie’s close friend and partner Prezzo is on his way to Lagos, following the death last night of the entertainer and Big Brother alumnus.

Our correspondent in Kenya says Prezzo’s friend, Shaffie Weru spoke to Prezzo’s mum who confirmed that her son left for Nigeria on Thursday night most probably after getting the news of Goldie’s death. Shaffie is a radio presenter with Kiss 100.

We’re told Prezzo, who met Goldie while both were housemates at the Big Brother Africa Stargame in 2012, is ‘beyond shocked’.

Meanwhile another Big Brother colleague Milicent Mugadi says it’s difficult for her to digest the news of Goldie’s death. ‘Later in the day I will organise together with a few friends to have a private mass to remember Goldie.

May she rest in peace. I still cannot digest the news’, she said.