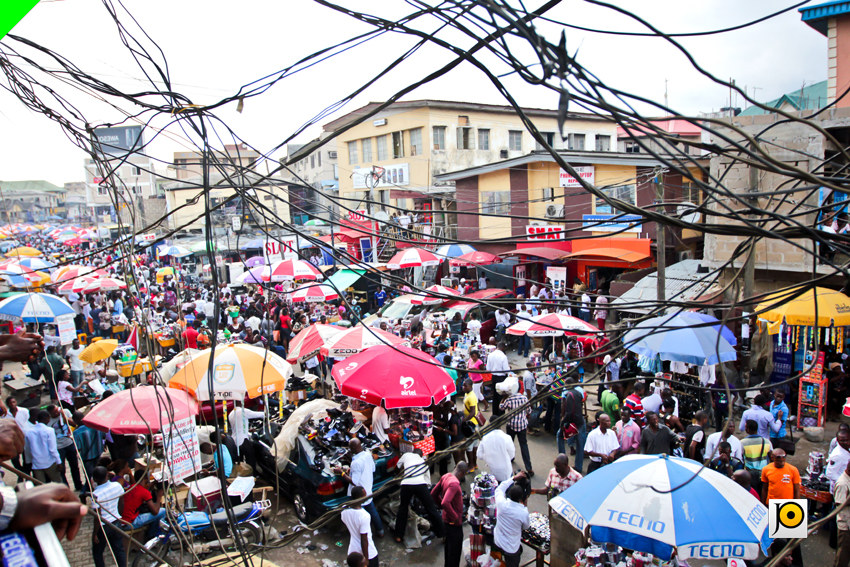 As a follow up to the story on the relocation of Ikeja Computer Village, our correspondent, during a visit to Katangowa Market, along Lagos-Abeokuta expressway, gathered that Katangowa is the proposed site where the Ikeja traders may be resettled. In terms of size, Katangowa is bigger than the Computer Village, as the market covers about 26 hectares of land with most of the traders dealing in second-hand clothes.

Katangowa shows a vivid picture of a disorganised setting. While the major entrance to the market from Lagos-Abeokuta expressway is almost taken over by street traders, a large portion of the market has been overtaken by refuse. During the visit, some of the items seen on display in the market in large quantities were clothes, bags, shoes, curtains, belts and other textile materials.

Also, many women and young girls were seen selling vegetable, fish, tomato, pepper and other food items in the market. While most of the dealers in textile materials operated in small shops, those trading in food items displayed their wares on the sidewalk thereby disrupting free flow of traffic around the market.

At the back of the market, which leads to Saint Peters Anglican Church, there were structures serving as residential homes. Lagos State Commissioner for Physical Planning and Urban Development, Mr. Olutoyin Ayinde, said measures were being put in place by the state government to rehabilitate Katangowa and thus fast track the relocation of the Computer Villagers traders.

On if there are underlying interests within the ministry to handle Ikeja project, he said, “This is not a direct labour project, so there is nothing like personal interest. Financial challenge made some companies that expressed interest initially to back out, but we still have those who submitted their proposals with us. In order to select a credible firm with the required financial capability and technical-know-how to handle the project, we have engaged a Transaction Advisor, who will look at the request for proposals from bidders and give government expert advice on the best company to engage. So that the project, when finally awarded, will be well executed. The government is methodical in approach by following due process. This is what people should appreciate”.