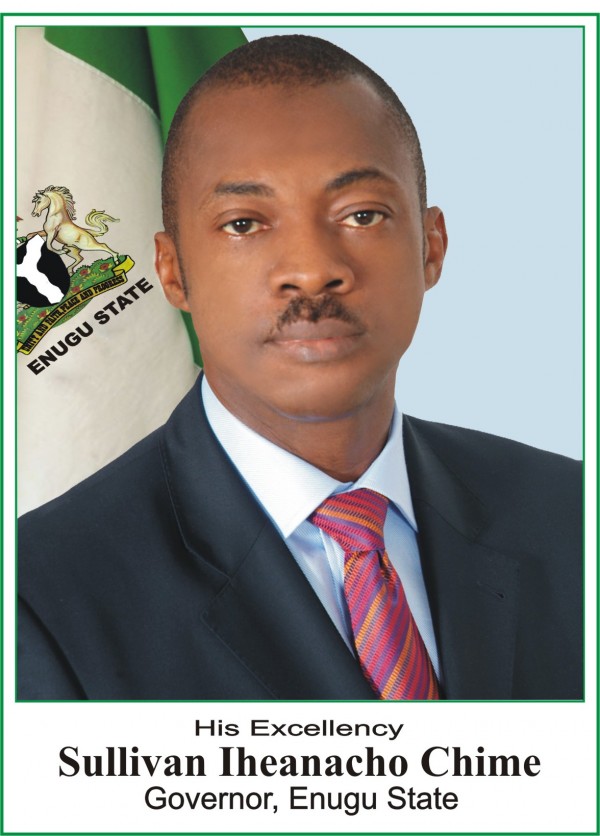 The Enugu State House of Assembly has received a letter from the governor Mr. Sullivan Chime formally notifying them of his decision to resume duty after 140 days of absence from office.

The leader of the State Assembly, Hon. Sunday Ude-Okoye, moved a motion for the adoption of the letter; a motion that was seconded by Mr. John-Kelvin Ukuta. Earlier, Speaker of the Assembly, Hon. Eugene Odo who read the Governor’s letter at a plenary session on Tuesday, said the letter which was signed by Chime, was to notify the legislature of his resumption of duty.

He recalled that it was a follow up to Chime’s earlier letter dated Sept. 17, 2012, with reference number GHS/123/XII/6, which notified the House of his vacation abroad.

The letter read: “Pursuant to section 190 of the 1999 Constitution of the Federal Republic of Nigeria, I hereby declare that l have today resumed normal duties at the end of my vacation. I am grateful to almighty God for his journey mercies and immeasurable grace on me.”

Chime, while expressing gratitude to the house led by the speaker, also hailed the “co-operation and support” of his deputy, Sunday Onyebuchi who acted in his absence.

“I was delighted to note that you all cooperated with the other arms of government to ensure sustenance of peaceful atmosphere which provided a platform for the smooth running of government” he said.

Chime then prayed God’s wisdom for members of the house in the discharge of their “legislative duties”.