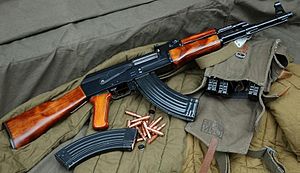 Tragedy struck at Igando area of Lagos State, when a suspected kidnapper based in Delta State, stormed his girlfriend’s home in Lagos, killing her and seven others.

He was also said to have proceeded to the home of another of Sandra’s elder sisters, living in the area, where he reportedly killed the woman and her three children.

The perpetrator identified as Henry is currently on the run.

The news of the killing quickly threw the area into disarray, as residents hurriedly shut their doors to avoid being hit by the rampaging kidnapper.

Policemen from all formations in the state were said to have raced down to Igando in search of the kidnapper who they said drove in a Sport Utility Van, SUV, to the scene.

Sources told Vanguard that an occupant of the building where Sandra was killed reported at the Igando Police Station that robbers were operating in their building.

But when the police got to the scene, the gunman had left, but they discovered the lifeless bodies of Sandra, her elder sister and her children, while Sandra’s twin sister who sustained bullet wound told the police who their attacker was.

According to a source, who pleaded anonymity: “Sandra’s twin sister told us that the attacker was her late twin sister’s boyfriend who is familiar with everyone in their family but nobody knew he was a kidnapper.

“She told us that her late sister used to visit the boyfriend, Henry, at his base in Delta State and in one of such visits two weeks ago, some heavily armed men stormed Henry’s apartment manhandling Sandra in the process.

She added that the armed men reportedly told Sandra that her lover absconded with their share of the ransom paid to them for one of their kidnapping exploits, threatening to wipe out all his (Henry’s) family members if he did not pay them their money.

Thereafter, Sandra contacted her family members in Lagos, informing them of what had happened to her and they rushed to Delta State and brought her to Lagos for proper treatments. But while she was receiving the treatment, Henry, feeling betrayed, stormed their Lagos home. She told us that the moment Henry entered their apartment; her sister’s children welcomed him without knowing that he was out to kill them. [Vanguard]