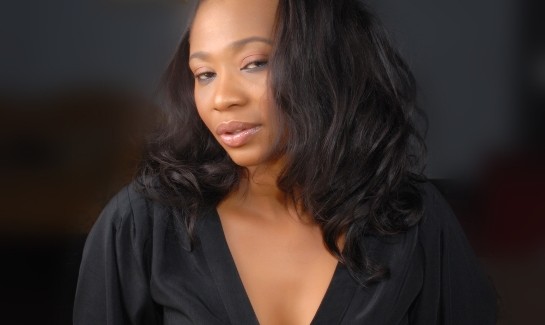 Below is the ‘sweet-sad-sweet’ story of Nse Etim Ikpe’s Journey to ‘True Love’:

I had been immunized against the bug and this is received through all the amazing lessons life hands you on a platter. I had a boyfriend when it was a taboo to have one. I was 17. Our first meeting was as ordinary as it gets. I went on a stroll which was not uncommon those days on our estate, and there came this young man driving his father’s car.

He stopped, chatted with me for a while and I wonder what he said that made me get into his car…
and have him drop me off. He called the intercom and we talked again but he knew the times to call when mum would not do the picking. Little did I know that the day he picked me up was the day I would begin the journey.

We spent our spare moments together; talking, walking and when we walked the streets, word travelled swiftly to our parents. On my arrival home, a cane was the welcome party. We always paid dearly for those nights because our parents wanted us to be straight kids, but we didn’t mind.

This did not deter me nor stop my stubborn heart from wanting to be with him. I had a friend who listened to my fears and laughed at my tales of the experiences school had brought with it, alongside the education I so craved. I remember when he played the guitar and sang Chris de burgh’s “Lady in Red”. It was so beautiful; the funny thing is that I was not wearing red when he sang, but in that moment red was just a state of mind.

I was fragile and he was so caring, attentive to my every need. We would meet up at 7.30pm under the stairs and talk till it was almost 10pm. Then he would tell me it was time to go. I would sulk, make faces till I cried and he would be forced to stay at least a second more. Well that was until mum called out my name and I would run inside, pretending the trash was my mission. He would run back home and sometimes, the doors would be locked and he would have to call for someone to open the door. He was the best friend I’d never had.

After dad’s passing, I craved the father-daughter relationship so much that I looked at him in that light. I had found my first true love. He took me on many firsts; squash, scrabble games, drives, music. And the day that Tunisia and Nigeria played a match at the stadium in Surulere, he asked me out on a date. It was our first official date (who takes a girl out to a football match on a first date?) We went out to watch the Eagles play and I was blown away. We won the match and he had won my heart. Our friends marvelled at the way our love grew and we became the bad examples of what not to be.

When we walked, mothers would point at us and say “that’s what you should never be” hahahaha… We were good friends, and much more. I had only learnt to cook at 15 and dad passed before I succeeded in making Egusi soup edible. My best friend was a willing guinea pig, tasting any and every meal I cooked. Watching him enjoy my cooking was therapeutic, considering the effort it took dad to eat the morsels of pounded yam and my rather shoddy Egusi soup.

I began to hope that one day I would bear his kids. At 17 though, kids and their thoughts!

The semester had resumed and we both went back to our different schools, no emails, no cell phones, no blackberries or WhatsApp. The post office was rather cumbersome. All we had were our hearts and our thoughts. It turns out that was all the connection we needed. When the holidays came around I looked forward to seeing him, and then he told me he was leaving the country. My heart broke and tears poured freely down my face, I begged him to stay but he told me he had to go. I accepted this with a heavy heart and hoped that one day I would find a friend like him. When we got to the airport, I bade him farewell, he turned and said “I will come back, Nse”. I cried my heart out and went back to school the next day. I had lost the only friend who never judged me, who sang to me, and told me I was beautiful.

The years went by and one day I ran into his mum and got his number off her. We started talking again but I decided to let him go. I dated other men, became a woman and swore never to marry. I knew it wasn’t meant for me because after what I saw my parents have, mine had to be just like theirs or better!
I had finally become a woman, set in her ways but something was missing. So again I set out to look for him.

I searched every social network to no avail and one day I used a search engine and there he was staring back at me. I sent him an email and he responded. We were ecstatic. At least I was, I had found the only man who knew the right things to say to make me happy.

Then he proposed. I was over the moon. I accepted and told mum. My family was happy because they knew our history and just when I was getting ready to be Mrs……. He broke it off!
I cried again, third time is a charm yea? He wasn’t supposed to make my mascara run he was meant to smear my lipstick!

I had been heartbroken yet again but this time it was done by him not a circumstance. I hated him, I loathed him and I rued the day I first set my eyes on him! He had changed me and now no man meant anything to me. I just dated and if it was inconvenient, I walked away. My famous quote “I was not born to be married” raised dust in some quarters, but no one cared to know why! Why get married to someone who would cheat on you or better still whom I would cheat on? Why get married to someone who would make me a shadow of myself or perhaps, have me give up my career for him? Yes, again I say, I was not born to be married.

I got an email from him after so many years and I hated his guts. I alternated between ignoring him and giving frosty replies. He had my sister play mediator and that earned him a fairly warm reply. Well at least he was honest to walk away when he did rather than walk all over me in the marriage.

As the days went by, we spoke about so many things, emotions got in the way and he blurted it “I would love to spend the rest of my life with my sweetheart” and I asked him “have you told her?”. He said he had been trying but she seemed distant (abi you for no pretend say you no sabi say na you) oh well. I wanted him to say the words. And he did! “Will you marry me?”

My heart skipped a beat and I said “listen yeah, you just have to give me some time to think this through” I knew my answer would be yes, but how was I to tell him I never got over him? Would I be perceived as weak, needy or just a desperate woman? It had taken us two decades to get to this point and what a road we had come. This is my heart, my happiness my true love had come back to me. Who cares what anyone thinks!

… So I got on the phone, called my friend and asked her to send him a card, flowers and a bottle of wine with my reply… “Yes I will marry you, my one true Love.” Well I think that’s what I sent, but to be honest I was quite giddy.

The long and short of it is that I said yes and my life has never been the same!

– Btw, I hear she’s getting married to this guy who made her cry several times. hmmmn…the power of love