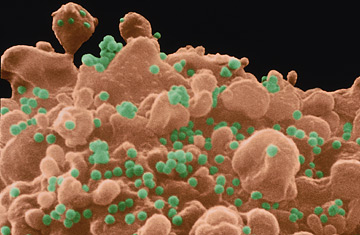 Another major breakthrough was reported in the search for a cure for AIDS.

After bone marrow transplantation, two HIV-infected men have no longer any trace of the virus that causes AIDS in their cells, researchers report.
Lymphocytes are a type of white blood cells and are a key part of the immune system.

U.S. investigators suspect that the bone marrow transplant, together with the continuation of antiretroviral therapy as a result of the dramatic effects evident eight months after transplantation. They are scheduled to present preliminary findings Thursday at the International AIDS Conference in Washington, DC.

At this point, researchers are far from saying these patients are cured. However, the findings are “exciting,” said Dr. Savita Pahwa, director of the Center for AIDS Research at the University of Miami Miller School of Medicine, who was not involved in the study.

“Each clue that is obtained that it is possible to eliminate latent HIV must be investigated,” she said.
“The elimination of the reserve HIV is the key to a cure,” said Pahwa. She stressed it would only be possible to say that these patients were “functionally cured” if the virus will not reactivate when the patients were off antiretroviral therapy.