How To Defeat Suicide Bombers By Sheik Gumi

To defeat suicide bombers the government should empower civilians to root out terrorists. Sheik Gumi made this declaration during an interview with SaharaTV over the weekend. 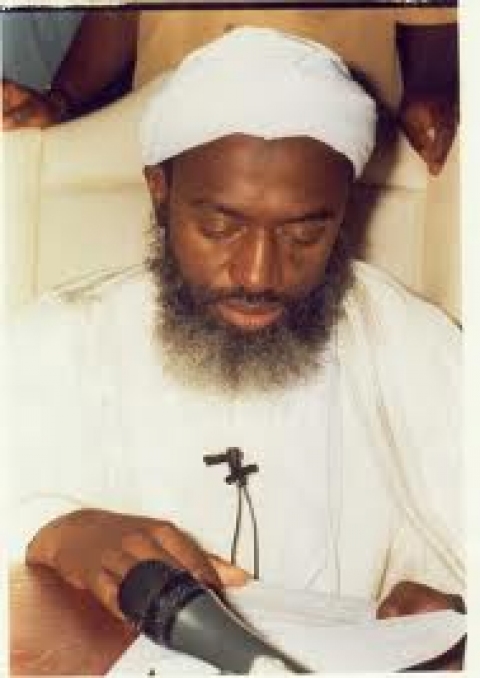 The Islamic cleric criticized the Nigerian government’s approach of using the military to fighting terrorism. He told SaharaTV’s Rudolf Okonkwo, “When you send the military, sometime they are worse than the terrorists. This causes innocent people to turn against them and even join the terrorist’s cause.”

Ahmad Gumi was also critical of the claim by the Nigerian Army Chief of Staff General Azubike Ihejirika that foreign terrorists from Mali were entering Nigeria. “He made these claims but there are two countries between Nigeria and Mali,” Gumi said. “You don’t hear people from Niger or Burkina Faso complaining about Malian fighters crossing their borders. So how can they cross these countries and suddenly appear in Nigeria?”

Sheik Gumi made headlines recently with sermons at his Sultan Bello Mosque in Kaduna during which he said that Allah had caused the helicopter crash that killed former Governor Patrick Yakowa and former National Security Adviser General Andrew Azazi. The cleric claimed that Yakowa and Azazi were planning against Muslims. Gumi deflected on the question of what his evidence was, initially stating, “what was the Governor and a former Christian head of state doing at the funeral of the father of an assistant to a president.” He also questioned why these individuals were traveling in a military helicopter. The sheik made this claim, “now that he (Yakowa) died, everyone was sharing evidence and it was clear that this man did not mean well for Kaduna state. The evidence is there I did not need to convince anybody.”

When pushed on the issue of evidence to support his claims Sheik Gumi said, “Nigeria is very volatile and that these actions by Yakowa & Azazi were a cause of suspicion.” He went on to say that when Yakowa came to Kaduna State many atrocities had occurred for which he did not apologize. Sheik Gumi says Yakowa was an entity against Muslims in the state. He raised the question of what the governor was doing with Azazi, who had been known to give military equipment to the terrorist organization, MEND. The Sheik alluded to a plot, including General Gowon, to destabilize Kaduna in order to win the 2015 election, which if it was fair, Yakowa would be unable to win.

Following up on the comments he made that Allah caused the death of Yakowa, Sheik Gumi was asked about the willingness of some people to fight for Allah when Allah was capable of fighting for himself.

Sheik Gumi explained that, “Muslims have been instructed that when they see injustice, they should try and fight it.” He went on to explain that part of the injustice is terrorism and that Islam fights terrorism. “If evil escapes the punishment of the worldly government,” he said, “then Allah will punish them.”

The Sheik ended his interview on a political note, restating his belief that the National Assembly should ban a number of Nigerian politicians from office in order to ended rivalries which create havoc in Nigeria.

Maxwell Enudi Lucky, a graduate of Zoology and Environmental Biology (ZEB) at the University of Calabar, has reportedly taken his life. It was gathered that...
Read more