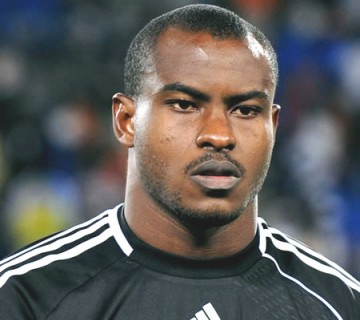 The Super Eagles defeated Mali 4-1 in their semi-final this week to initiate a final against Burkina Faso, and Enyeama said that reaching the Africa Cup of Nations final is one of his greatest achievements.

“I think it is high time that I get to lift the trophy,” Enyeama told Goal.com. “We are all determined to win. Every player is ready and I think it will take a team effort for us to win this cup.”

The goalkeeper was named stand-in captain when he has started games without full-time skipper Joseph Yobo in the line-up, but he dismissed any full-time role with the honour.

“I am just a goalkeeper wearing a captains belt, but the true captain is Yobo and the rest of the players,” Enyeama said.

“When we enter the field everyone is a leader, and I think that is what has made us successful.”

He won the footballer of the year award in 2009 whilst playing in Israel, and also the Caf Champions league twice with Enyimba, but Enyeama believes those achievements don’t compare to the Afcon.

“Yes, I know that I have achieved a lot of things in my football career, but I still owe my country the Afcon,” he added.

“The mood in the side has been great and I have had a great relationship with coach Stephen Keshi. He comes in with depth of experience and belief in all the players. It is always great playing under such a coach.

“Going to the final, we don’t know what will happen, but we know that we are going to give it our all and God will do the rest.”