Home Metro News If you want to understand the meaning of “incompetence”, look at Jonathan’s...
Facebook
Twitter
WhatsApp 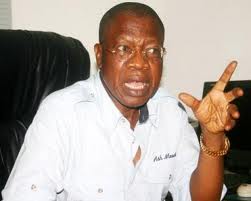 In a statement issued in Abuja on Tuesday by its National Publicity Secretary, Alhaji Lai Mohammed, the Action Congress of Nigeria (ACN) has described incompetence, cluelessness and inconsistency as the hallmark of the Jonathan Administration.

This is apparently a response to the attempt by presidential aide, Doyin Okupe, to defend the criticisms against the president by those who describe his administration as incompetent. The ACN also slammed Okupe for seeking to blame the opposition for the failure of the Jonathan Administration to make a positive impact on the lives of Nigerians, saying the likes of Okupe, rather than the opposition, have contributed in no small measure to the Administration’s low esteem in the eyes of Nigerians.

The statement reads in part: “There is no point rummaging through the dictionary to define incompetence, as Okupe has done in his rambling statement. All one needs to do to understand the meaning of incompetence is to look at the waffling Jonathan
Administration

“Touting President Goodluck Jonathan’s impressive academic qualifications is also very cheap, as they have not proven to be an asset in the way and manner the President has steered the affairs of his Administration, especially his articulation of his government’s policies and the projection of its ability. In any case, while a Doctorate Degree in any field is something to be celebrated, it is not a pre-requisite for being a good leader,” it said.