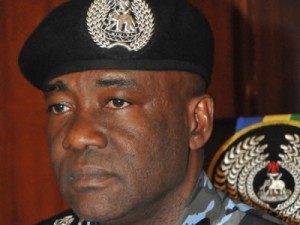 Following the express order from the National Assembly to the Inspector General of Police (IGP), Alhaji M. D. Abubakar, to produce – whether dead or alive – the embattled chairman of the Pension Reform Task Team (PRTT), Alhaji Abdurasheed Maina, the IGP has therefore expressed his readiness to place a ransom on the embattled PRTT chairman.

It will be recalled that the Senate had issued a warrant of arrest for Maina in December 2012, after ratifying the report of its joint committee into the activities of the Task Team which indicted the PRTT chairman of mismanaging over N100 billion. Maina, however, failed to answer further questions from the Senate, while also shunning several invitations.

The IGP, made this disclosure while appearing before a closed session of the Senate Committee that investigated the pension scam; he said he was ready to seek Interpol’s assistance in getting the embattled PRTT chairman. He also said he was also ready to place a ransom on Maina to aide his arrest.

“I would have immediately placed a ransom on his head but for now, the money is not ready, but we are sure of getting him and we may have to place the ransom,” the IGP told the Senate committee.