John Terry and Rafa Benitez had a training-ground bust-up yesterday in front of shocked players and staff. 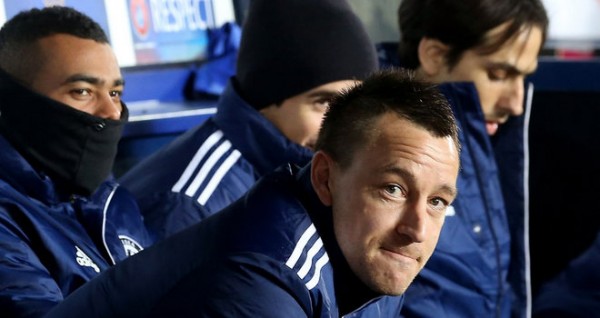 The Chelsea captain and interim manager clashed just before training at the club’s Cobham complex.

Benitez called the players into a circle to discuss Sunday’s damaging loss to Manchester City.

He expressed his dismay at the 2-0 reverse and he performance of the team and he asked the players for their reaction to the loss.

Terry, who was dropped for the game, spoke out and the discussion quickly escalated into a row between the pair.

A witness said: “It all kicked off between JT and Benitez as their frustrations over Sunday boiled over into a big bust-up.”

This high-profile clash between the pair comes after The Sun apologised for incorrectly reporting that Benitez and Terry had allegedly rowed in the dressing room in the wake of Chelsea’s 3-2 defeat at Newcastle recently.

It is an alarming development as the Stamford Bridge side’s form continues to falter.

A win at City would have seen them pushing for second place but now they are in a fight to finish in the top four.

Tottenham’s win over West Ham last night lifted them above the Blues into third.