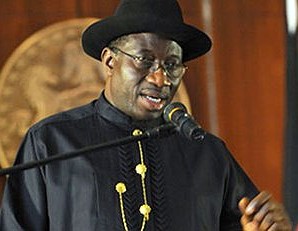 Following the challenge thrown by the Senior Special Assistant to the President on Public Affairs, Dr. Doyin Okupe on Monday that the opposition parties should produce evidence of the alleged incompetence of the administration of President Goodluck Jonathan or forever maintain silence, the Save Nigeria Group (SNG), the group that championed the enthronement of Dr. Jonathan as acting president in the wake of the political brouhaha that greeted the ill-health of late President Umaru Yar‘Adua in  its reaction said: “The non-performance of the president is written all over the landscape of Nigeria.”

In its reaction articulated by its spokesperson, Mr Yinka Odumakin the group mockingly remarked thus: “We can see it in the way the Boko Haram militants have been dealt with, that today everybody feels safe and secure. We have seen how kidnappers have been chased into their holes and we can see how all our roads and infrastructure have been fixed. We have seen how we have uninterrupted power supply in the country today.”

While faulting the presidency over the yardsticks used in measuring the president’s acclaimed performance, Odumakin said: “So, these are the measurements of the president’s performance which Dr Okupe is celebrating; and through his performance, Nigeria is now an eldorado where all our embassies throughout the world are being flooded with foreigners who want to come to Nigeria to see the good things happening in Nigeria?  The performance we are talking about is only visible to the Okupes, the Abatis and Makus who surround the president but to the people of Nigeria, they are yet to see that competence which they are celebrating” he stressed.