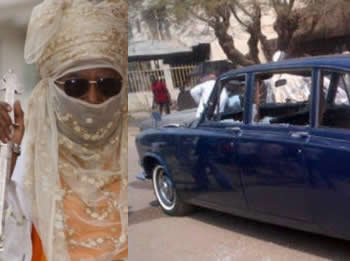 A man simply identified as Babawo, has been arrested by the Joint Task Force in Kano in connection with the attack on Emir of Kano, Alhaji Ado Bayero. The suspect, fingered as the brain behind the daring assault, was nabbed in a raid on Wednesday morning at Dorayi, close to the old site of Bayero University Kano.

Information Nigeria also learnt that the suspect subsequently led men of the JTF to two others, one of them, an undergraduate student, connected to the attack.

It would be recalled that on Saturday January 19, 2013, several gunmen had opened fire on the convoy of the Emir of Kano as the monarch headed away from an occasion he had just attended, killing six and injuring many, including two of the Emir’s sons.

Security agents had on Monday, January 21, 2013, arrested a man who they claimed was a principal suspect in the attack and who they said had been providing them with useful information about others involved in the attack; which led to the arrest of three others.