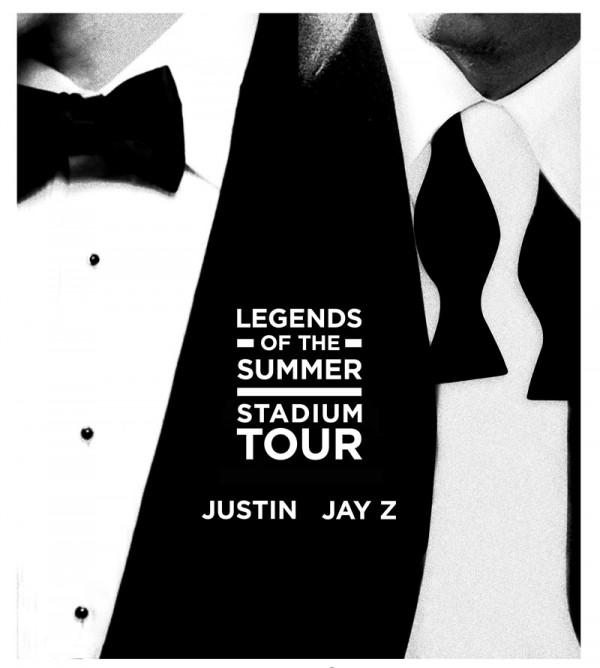 “Suit & Tie” collaborators Justin Timberlake and Jay-Z have officially announced that they will be hitting the road and perfoming in 12 major cities in the U.S and Canada.

Tagged “Legends of the Summer Stadium Tour,” the highly prolific duo will open the tour at the Rogers Centre in Toronto, Canada on July 17 and bring it to a climax on August 16 inside the Sunlife Stadium, Miami, Florida.

Meanwhile, tickets for all the dates, except the one at New York City’s Yankee Stadium, go on sale Feb. 28 with a separate announcement to be made as to when the NYC tickets will be available. 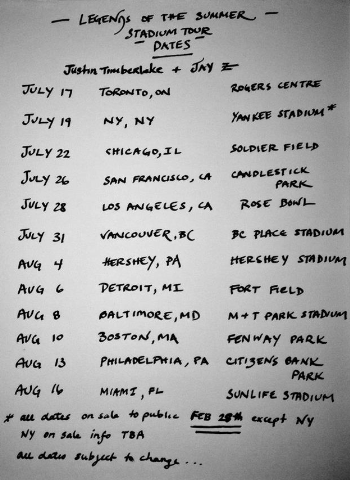