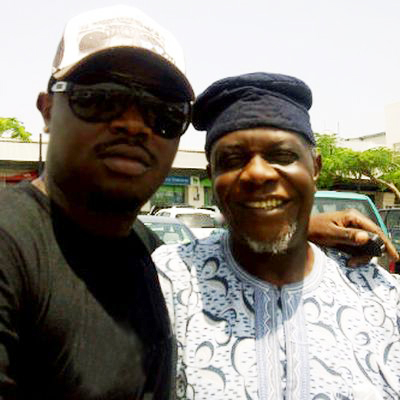 As Nigerians continue to mourn the passing away of Nollywood veteran actor, Justus Esiri, his son, Sidney Onoriode ‘Dr. Sid’ Esiri, has said “there’s really nothing to be sad about.”

Dr. Sid who announced the passing away of his father on Twitter, was grateful for the life of his late father whom he said “His life is being studied in Universities in the UK.” Speaking further of his father, he said “He lived to be 70, and anything else after 70 is a gift, so there’s really nothing to be sad about.”

The Mavin signed artiste said he was told about the death of his father over the phone by his brother.

Information Nigeria recalls that the legendary thespian who found widespread acclaim for his role in the iconic Nigerian Television Authority (NTA) drama series, “Village Headmaster”, died suddenly Tuesday night, throwing the entertainment industry into mourning, at the graceful age of 70 years. His death was a shock as the industry was yet to come to terms with the sudden demise also of Lugard Onoyemu and songstress Goldie Harvey.

Meanwhile, Tiwa Savage and her manager/fiancée Tunji ‘T-Billz’ Balogun are some of the celebrities who have visited the Lagos residence of the Esiris to pay their condolences. Tiwa and Dr. Sid are signed to Mavin Records.