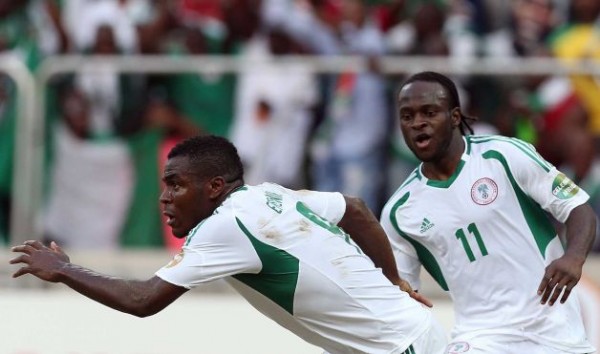 Head coach of the Super Eagles, Stephen Keshi, has expressed optimism that the duo of Victor Moses and Emmanuel Emenike will be fit for the all important clash against Burkina Faso.

The two players picked up knocks in Wednesday’s Africa Cup of Nations semifinal against Mali in Durban.

With doubts raised about the availability of the duo for the showpiece game in Johannesburg on Sunday, Keshi says he cannot give a definite statement about the state of the two players until they have been assessed by the team’s doctors.

“We will know about that, probably tomorrow (Thursday). The doctor will have to go and do some scans so we will know better,” Keshi revealed at a press conference on Wednesday.

The Big Boss also expressed hope that the knocks suffered by Emenike and Moses are not too serious.

“Hopefully, it’s not that bad. We will play (our next game) on Sunday.

“We just pray to God because we need everybody in the team. We are keeping our fingers crossed,” he said.

Meanwhile, Emenike who is the tournament’s top scorer with four goals, has declared his readiness to play a part in the finals of the African Cup of Nations.

“I am feeling good and by the grace of God, I will be ready for the final,” he said.