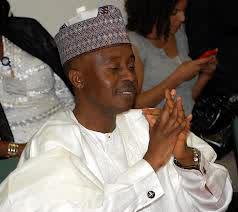 It has been reported that the two members of the House of Representatives recently remanded in prison, Farouk Lawan and Boniface Emenalo, who are being detained at Kuje Prison, Abuja, on a court order, are enjoying special treatment that includes food cooked outside the prison wall.

The two of them are being kept in a ‘choice cell’ befitting their status as Very Important Personalities. It was learnt that Lawan had remained reserved and withdrawn on being booked into the prison by officials. According to the Punch, it is believed that his relations were making plans to reach an understanding with the management of the prison to allow them bring in a new mattress for the lawmaker.

Also, it has been revealed that when Lawan and Boniface Emenalo got to the prison facility, the atmosphere changed as the inmates on hearing about the calibre of the new detainees, were happy that their living condition would change during the stay of the lawmakers.

According to a prison source who pleaded anonymity, “Lawan and Emenalo were kept in the same cell, but they have said they will not eat the general food cooked in the facility. They have made arrangements to have their food brought to them from home by their family members… The prison authorities are not according them any special privilege, but being a lawmaker, Lawan cannot be treated like a common criminal because of his status, and besides, they have not been convicted yet.”