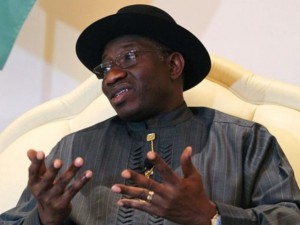 A solution might have just been found to the lingering face-off between the Senate and President Goodluck Jonathan over embattled Chairman of the Pension Reform Task Force, Alhaji Abdulrasheed Maina as the President today, directed the Head of the Civil Service of the Federation to immediately commence disciplinary action against Maina for absconding from duty.

This directive follows the President’s receipt of a status report on efforts by the Nigeria Police to execute the warrant issued by the Senate for the arrest of Maina from the Inspector-General of Police.

It would be recalled that at a stormy and heated plenary session yesterday, the upper chamber gave President Jonathan 48 hours within which to sack Maina and also renewed calls to the Police to effect his arrest.

Section 030402 of the Federal Government’s Public Service Rules lists Absence from Duty without Leave as an act of Serious Misconduct punishable by dismissal.

The Inspector-General said that the police has since mounted surveillance at Alhaji Maina’s home and Office but has been unable to arrest him because he has gone into hiding and stayed away from both locations since the warrant was issued, leading to his publicly being declared wanted by the Police.

Abubakar assured the President that “intensive search” operations were still ongoing for the arrest of Alhaji Maina and that the Police will not relent until he is apprehended and produced before the Senate.

In his directive to the Head of Service, Alhaji Isa Sali, President Jonathan noted that the Inspector-General’s report clearly indicated that Alhaji Maina had absconded from his official duties.

President Jonathan then directed the Head of Service to act expeditiously on the disciplinary proceedings against Alhaji Maina and report back to him on actions to be taken.