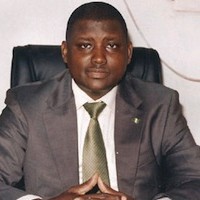 The Presidency Thursday declared the embattled Chairman of Pension Reform Task Team, Abdulrasheed Maina, a fugitive who is on the run and must be tracked down by the police.

The Senior Special Assistant on Public Affairs to President Goodluck Jonathan, Doyin Okupe, while refuting allegations that Maina was been shielded by the presidency, said everything was being done within the confines of the law to ensure that Maina is arrested and brought to book over allegations bothering on corruption levelled against him by the Senate Committee that probed pension fund administration.

“Whether he has regard for the Head of Service of the Federation does not matter. The police have a job to do and I believe that they have the capability to do that, and they will do it. The fact now is that Maina is a fugitive and he is on the run.

“The President cannot issue a warrant of arrest of a citizen, he cannot ask for a citizen to be disciplined, and at the same time use its own machinery to hide the person. This is not the kind of Presidency we have.

“We must search for him (Maina) and there is nowhere to hide in the world anymore. If it is true that Maina is outside the country, the Interpol can trace him and they will get him.

“When the President received the official complaint from the Senate, written by the Senate President, Senator David Mark, Mr President immediately called the Inspector General of Police, Mohammed Dahiru Abubakar, and said ‘look, this man has done this, declare him wanted.