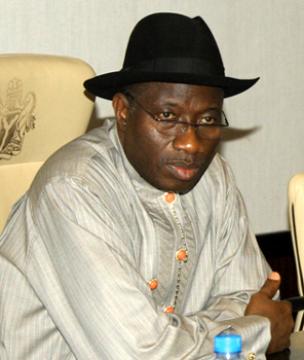 Following the two-day ultimatum by Nigeria’s Senate, Wednesday, to President Goodluck Jonathan within which to sack Chairman of the Pension Reform Task Team, Mr. Abdulrasheed Maina, the Presidency has stated in no uncertain terms that it lacks the power to sack the embattled Maina; referring his case instead to the Head of Service of the Federation in line with civil service rules.

In a reaction yesterday to the Senate’s position, Special Adviser to the President on Media and Publicity, Dr. Reuben Abati however stated that President Jonathan is not supporting Maina against the Senate even as he added that the “President does not have to be disciplining civil servants personally.”

“The Senate has constitutional power to summon anybody. If such person failed to appear before them, the lawmakers are also empowered to issue warrant of arrest against the person. “The President has not in anyway stood in the way of the Senate in inviting Maina. You will recall that the police even declared him wanted. “Maina is a civil servant. If he has done something that amount to a breach of civil service rule, the appropriate office to do the right thing and ensure that due process is followed is the office of the Head of Service of the Federation.

“Nobody should suggest that the President is backing Maina. It is not an issue for the President. There are laid down procedures for handling situations like this. The President believes in due process. It is a matter for the civil service to handle. The President does not have to be disciplining civil servants personally.”