A man who murdered his wife after accusing her of winking at another man has been jailed for 18 years. 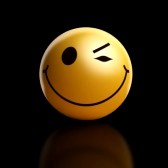 High Court judge found Norman Arumando guilty of murder with constructive intent. Arumando, who spent three years in remand prison waiting the finalisation of his trial, killed his wife Mercy Chakwesha in a brutal attack in May 2010. The prosecutor said the killing was deliberate.

“The facts proved by the State indicate that the assault on the deceased by the accused was protracted, vicious and brutal,” said the prosecutor

A post mortem report that was produced in court showed that Chakwesha was bleeding inside the skull and sustained broken legs.

The court heard Arumando began assaulting Chakwesha after suspecting she was having a love affair with another man who visited their place of residence looking for Arumando’s mother. He accused the two of winking at each other.

“The accused (Arumando) then started assaulting the now deceased with sticks and stones all over her body and she sustained serious head injuries and broke her legs in the process,” reads part of the State papers.

One of the State witnesses, Florence Chisuvi, told the court Arumando was of a “violent disposition”. She saw Arumando poking Chakwesha’s privates using a stick and how he used a burning log to assault her.