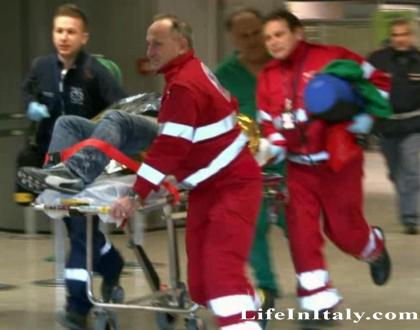 A man who was declared ineligible for unemployment benefit has died after setting himself on fire outside a job centre in western France.

Police in Nantes tried to stop the unnamed man, 43, but he managed to pass them, dousing himself in petrol and setting himself alight. The police had been alerted by messages he sent to the media announcing his plans to kill himself publicly.

The jobless number in France recently rose to levels not seen in 12 years. With more than three million people unemployed, the Socialist government has struggled to create new jobs in its first year in office.

Last month, a jobless man in the Spanish city of Malaga also died after setting himself alight. On Tuesday morning, the man in Nantes sent an email, declaring his intention to burn himself, which was later published in a local newspaper, Presse-Ocean. He said he had worked enough hours to qualify legally for benefit but had been refused.

Nearly three hours later, the man wrote again to say the centre was closed and he planned to return there with petrol, either on Wednesday or Thursday. Police mounted a watch outside the job centre on Wednesday morning after trying unsuccessfully to contact the man, an unnamed policeman told the paper.

“But this man arrived via an adjacent street,” the policeman said. “He was already in flames and out of sight of the police.”

Rescue services were unable to save the man’s life. The state employment agency in Paris confirmed the man had been registered at the centre in Nantes and said he had no longer been entitled to benefit. Local politicians reacted with horror to news of the self-immolation, adding that only a formal inquest could perhaps establish the man’s true motives.

“The collective reality of unemployment should not make us forget the everyday, individual distress of each unemployed person,” said Jacques Auxiette, chairman of the Pays de la Loire regional council.