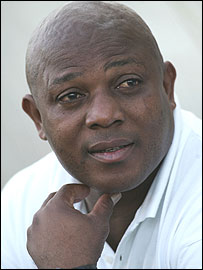 A wonderful tournament so far for Nigerian Coach Stephen Keshi at the ongoing African Cup of Nations, AFCON, and the likelihood of him not continuing as the Super Eagles’ coach has seen many countries lining up for his signature.

Sources close to the Eagles’ coach said some agents have been on their toes trying to talk the former skipper of the Nigerian national team into considering their clients if indeed he is bent on quitting his job as Super Eagles’ coach at the end of AFCON 2013.

The identities of the countries in line for Keshi’s signature were not revealed though, but a source said Keshi has refused to commit himself as he reportedly told them he was still on contract with the NFF.

Keshi’s hint on leaving the national team when he said he was not sure if he would remain Eagles’ coach after AFCON 2013, since he is a professional coach and would go for the highest bidder is seen as the major reason for the rush by many countries to get him.

He made this statement since according to him the Nigerian people seem not to appreciate what he is doing with the team.

With the team doing so well now, and having qualified for the finals, it remains to be seen if Keshi would still leave the national team, especially if the Super Eagles make Nigeria proud by winning the cup.

The football governing body in Nigeria, NFF has not commented on Keshi’s statement but has given him all the needed support since the Super Eagles turned the tables in their favour.