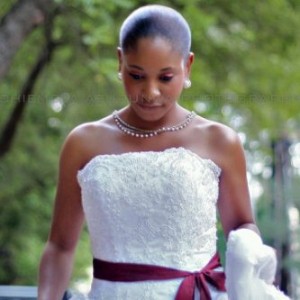 School of first choice, as it is fondly called by many, UNILAG is one top spot for rich, hot dudes and babes.

They are the ones who rule the social scene in the University of Lagos. Ask around, and you will hear their names. We serve you the dons and doyennes of the UNILAG social scene.

Young Money: This is one rich dude who stands out from the pack. A student of the Mathematics department, Young Money, as he is usually called is always a toast to many. Young money and his friends have made Unilag their bedroom, as they control everything they come in contact with.

B-Naira: This list wouldn’t be complete without the name of the richest students in the University of Lagos, BNaira. He is a geography student, a club aficionado and a lover of all beautiful things, living or non-living. Rumors have it that his excessive spending does not have a proper origin, but this has not in any way deterred the young man or even his flocks of female admirers. He rides a Range Rover painted bright red.

Laolu: This is another big boy on campus. He is the club chief, ON Entertainment. This is the crew responsible for some of the biggest and craziest parties in school.

Henry Chylln: Henry is a top dude in school. No club party is complete without the presence of this young dude. He was nominated in the last TUSH Awards for the award of Top Club Boy.

Jide Purple Haze: Another top brass in the University of Lagos. This is one dude who runs the big things in big ways. His ride is one of the most envied on campus.
Deji Dejovo: Popularly known as Mr. Flash, is a big boy in his own right. Girls flock around him like butterflies around honey. He dresses well, rides one of the flyest cars on campus, and is regarded as one of the hottest dudes in school.

Prime Minister: Prime Minister, as he is popularly called is indeed a big boy in the University of Lagos. He is one of those influential few on campus who dictate style and taste.

Tobi Bakare: A student of the department of Accounting, Tobi Bakare is a don by himself. He is very popular, and well loved by all.

Adeori McFape: Another student who has, overtime, grown to become one of the big wigs on campus. He reps the department of Quantity Surveying. He is the boss of one of the biggest clubs in the school. He runs Fuse Entertainment.

Monalisa Omorodion: This is one strong name in the Unilag social community. She is a student of the department of Economics, a nominee for the award of the most popular female in a Nigerian university. She has a powerful clique of friends that rule the school.

Nneoma Okpara: She is one of the richest and biggest students in the Law Faculty. She stands out as a doyenne and style dictator in the University of Lagos.

Olivia Messango: It’s not enough to list names without mentioning the very pretty and socially respected Olivia Messango of the department of Economics. She is a worthy inclusion on this list. (Used as Display photo)

Obioma Isiwu: Very pretty and sociable, she was a contestant in the last MBGN, and came out of it with the title of Miss Tourism. She is one of the biggest babes on campus.

Susan Efeji: Very few would know her, as she stays outside the school environment most of the time. She is a very busty lady with every sexy endowment that can make a warm blooded man empty his pockets in a hurry. She drives an exotic Range Rover, which was bought for her by one of her sugar daddies. Her clients are not young boys, but are the top men who walk the corridors of power.

Omoti Neni: A student of the Law faculty, she is a high-flyer in school. A trend setter and a fashionista. Her status as a big babe on campus is not to be argued.

Ify freckles Obi: This babe from the department of English is one to reckon with. She is like the freshest babe on campus. She is a style diva, and as such a goddess for so many on campus. She was nominated for the award of the most beautiful Nigerian female student in the 2012 TUSH Awards.