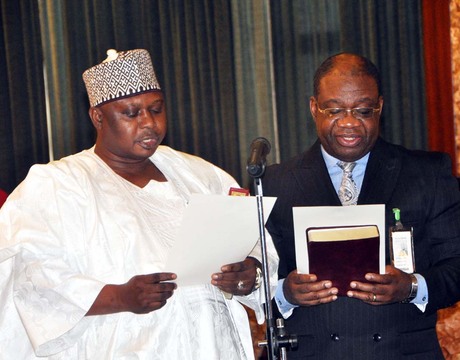 Professor Chinedu Osita Nebo from Enugu state as expected, has been appointed to the ministry of Power by President Goodluck Jonathan on Tuesday.
Malam Kabiru Tanimu Turaki from Kebbi state was appointed Minister of Special Duties in the office of the President.
A press statement signed by the Secretary to the Federal Government, Senator Anyim Pius Anyim said the two ministers are to resume duties immediately.
Information Nigeria recalls that the two ministers were sworn in by the President on Monday and were directed to see the SGF for their posting, but this could not be done until yesterday.
The ministry of power has been without a substantive minister since August when Prof. Barth Nnaji was forced to resign following the crisis that trailed the privatization process in the power sector.

Meanwhile, the Defence ministry which was vacated by Mohammed Bello Haliru  from Kebbi state about a year ago, remains without a substantive minister.