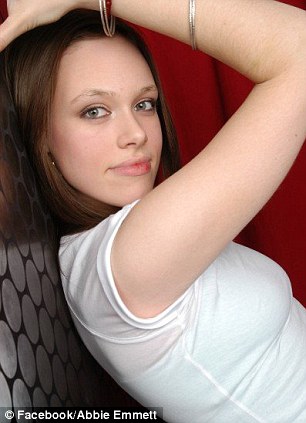 A 27-year-old bride is believed to have plunged to her death from a hotel room while on honeymoon in Dubai.

Abbie Emmett died just days after she had arrived in the United Arab Emirates with her new husband Sean, 43, a former professional Grand Prix motorbike racer, following their wedding in South Africa.

Police in Dubai were investigating what happened after Mrs Emmett, who is a vicar’s daughter, was reported to have fallen out of a window at the hotel last Tuesday.

She had been sharing a flat in Addlestone, Surrey, with Mr Emmett, a divorced father of three, and was said to have married him around two weeks ago in Cape Town.

Their neighbour Nicolene Turvey, 27, said: ‘I feel so sad. She is such a young girl, the same age as me.

‘It’s devastating for everyone. She really wanted to have kids.’

Mr Emmett has now retired from racing but is still a private instructor and has been the winner of 19 superbike races as well as clocking up more than 50 MotoGP appearances.

A Foreign Office spokesman said it was providing consular assistance to the family at ‘this difficult time’.

He added: ‘We were made aware of the death of a British national in Dubai on 19 February.