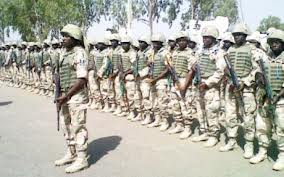 Their capture comes as French fighter jets targeted rebel hideouts and fuel depots in the northeastern desert on Tuesday, near the Algerian border.

The eight suspects captured in Gao are expected to be transferred to Bamako where they will eventually stand trial. They include six Malians, a Nigerian and an Algerian man.

After a three-week military campaign by French-led forces drove the rebels from most of their strongholds, including the cities of Timbuktu and Gao, dozens of French warplanes on Sunday carried out major air strikes on rebel training and logistics centres in Mali’s mountainous northeast, near the Algerian border.

“They have taken refuge in the north and the northeast but they can only stay there long-term if they have ways to replenish their supplies.”

Fabius said that the army aimed to stop the rebels from doing so by targeting them in a very “efficient” manner.

The al-Qaeda-linked rebels who controlled northern Mali for 10 months have fled into the Adrar des Ifoghas massif in the Kidal region, a mountainous landscape honeycombed with caves.

They are believed to be holding seven French hostages with them, kidnapped in Mali and Niger in 2011 and 2012.

Algeria on Monday also beefed up its positions on the Malian border to prevent “the infiltration of terrorist groups”, Mohamed Baba Ali, a member of parliament from the southern town of Tamanrasset, told the AFP news agency.