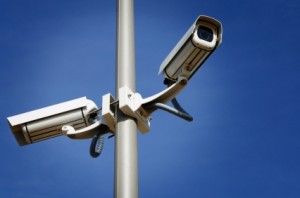 The Federal Government of Nigeria has concluded plans to collaborate with a safety organization to install surveillance cameras in all the major highways across the country. This is in a bid to curtail violation of road traffic laws and ensure there’s an eye out to see when criminal activities are being committed on our highways.

A Memorandum of Understanding, MoU, would therefore be signed this week between the government and Risk and Accident Prevention Society of Nigeria, RAPSON in a move that will bring about the installation of 10,000 units of smart cameras and 13,000 sets of memory censors on the nation’s highways.

Chairman of RAPSON, Mr Ben Koko Odohofre while speaking ton newsmen in Abuja said the organization was set to employ 300,000 personnel to work on the project.

RAPSON is an organization with the objective to save lives and reduce the toll of injuries and death resulting from accident and violence on roads.

According to Odohofre, a committee comprising the State Security Service, SSS, the Nigeria Police, Vehicle Inspection Officers, VIO, and Federal Ministry of Transport, Ministry of Works, Ministry of Justice and Federal Road Safety Commission, FRSC, would work with the organisation on the project.

The Chairman/CEO said the company as a player in the private sector, would source the funds while government would enforce the project.